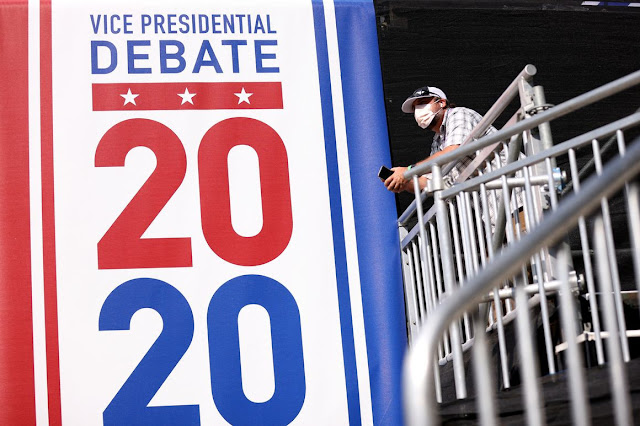 Being an inveterate political junkie, I always watch debates during a Presidential Election cycle.  Of course, take-aways from these contests are often less about substance and more about style or catch phrases.  Experience has taught that impressions are even more the case with Vice Presidential debates.

Before one dismisses the significance of the Election 2020 Vice Presidential debate between Democrat Senator Kalama Harris (D-CA) and Republican Vice President Mike Pence (R-IN), it is incumbent on a conscientious voter to consider the top of the ticket.   Pence is the running mate of a 74 year old incumbent Chief Executive who was recently diagnosed with COVID-19.  Harris is the bottom of a ticket with a 78 year old challenger who many believe is displaying cognitive decline and  has engaged  in what can charitably called  a laid back general election campaign,  These VP nominees may not just be virtue signaling for identity politics or geographical balance to a ticket, but may well inherit the Oval Office. 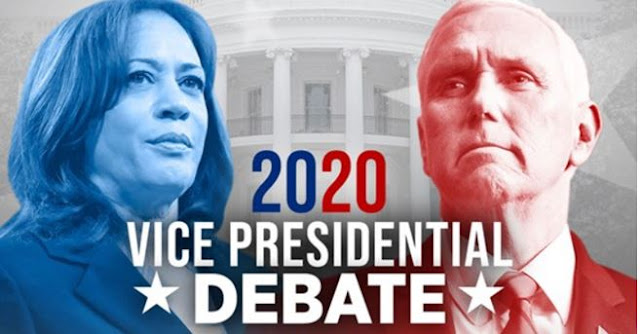 To prepare for the future, it helps to look back at the recent past to discern tips and tricks for Vice presidential debates.

For me, the most memorable zinger from a VP contest was in 1988, when George Herbert Walker Bush's VP nominee Senator Dan Quayle (D-IN), tried to answer moderators' pushback on his qualifications if he were to become President.  Qualye, who many believe was chosen in part for his youthful vigor to balance one of the last Greatest Generation Presidential candidates, tried to give vague assurances of continuity.  To support his credentials, Quayle compared himself to Democrat icon President John F. Kennedy, who had the same amount of elected experience before becoming President. Democrat Vice Presidential candidate Senator Lloyd Bentsen (D-TX), overcame his debate jitters to utter the ultimate deflating repartee

As spontaneous as that sounded, the jibe came from debate prep.  According to Dukakis campaign advisor Susan Estrich in 2004, the stand in for Quayle kept making this JFK comparison, which stunned Bentson.  The Democrat VP nominee asked his advisors if he could say something and they agreed.  The rest was history and comedic fodder for years.  Not that it really helped the Dukakis/Bentsen ticket, which got crushed in the Electoral College in 1988.

For the most part, people rarely remember the VP debates.  Honestly, some political pundits strain to think of losing VP nominees four years later, such as Senator Tim Kaine, (D-VA) First Lady/Senator/Secretary of State Hillary Rodham Clinton's choice in 2016.   At the time, I covered the debate blow by blow.  But it made little impact and Kaine slunk into faded memories, even despite retaining his Senate seat.

Despite being quite occupied with the Romney/Ryan ticket in 2012, I struggle to recall any take away moments from the VP debate between Representative Paul Ryan (R-WI 1st) and Obama Vice President Joseph Robinette Biden.  Some commentators note that Biden smirked and interrupted the Congressman, which seems to be part of Biden's toolbox.  This non-verbal strategy does not accord gravitas to one's opponent; however, depending upon the post debate spin, it risks making the perpetrator look like a jackass. 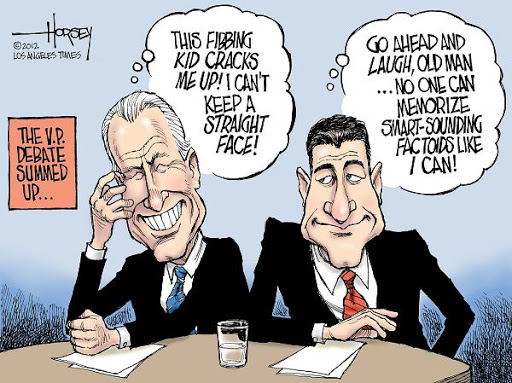 Sometimes, it helps for a candidate to draw from his or her biography to score points.  Biden is famous for invoking his familial tragedies to draw empathy during a debate, as he did during the dust up with Senator John McCain's (R-AZ) maverick VP choice Governor Sarah Palin (R-AK) in 2008.

For the 2020 Vice Presidential debate, Senator Kamala Harris  should be well experienced, as she participated in six monthly Democrat Presidential Primary debates before dropping out before the Iowa Caucus with virtually no support.

Harris made the most of her first debate appearance by going after the jugular of front runner Joe Biden by indirectly accusing him of being a racist for opposing school bussing in the 1970s.

Harris' verbal hit must have been preplanned, because the next day her campaign store was ready to roll with "That little girl was me" t-shirts and stylized social media posts. 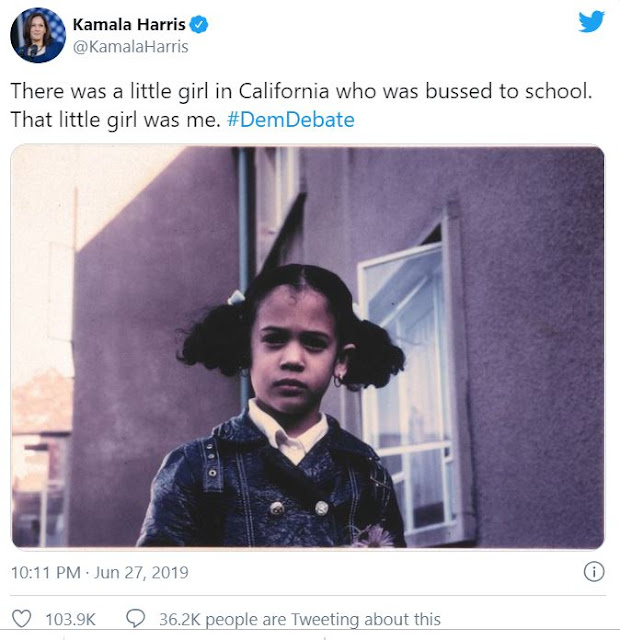 In some senses, Harris' hardball did not politically hurt her ambitions,  as Joe Biden chose her to be his running mate (or is that vice versa?).  But in a more intangible sense, that attack leads to a perception of unlikeability and phoniness amongst even  diehard Democrats.

Mike Pence's style is certainly less confrontational than President Trump's demeanor. Pence has a well earned reputation as an Evangelical Christian, so don't expect bombast or invective.  But before successfully being elected to Congress in 2000, Pence hosted a syndicated daily radio talk show for seven  years.  Pence branded himself "Rush on decaf", meaning that he was just as conservative as Rush Limbaugh but without the bombast.  Pence also hosted a weekend public affairs television program.  Skill sets developed from these experiences, such as being comfortable on camera, calmly discussing issues and controlling time, might be quite helpful during a debate.

One of the distinctive qualities of the Biden/Harris campaign is controlling the media narrative, as both candidates eschew taking unscripted questions from the press and have extremely limited campaign events which are meant for television. The mainstream media has not hidden their support for the Democrat ticket.  Thus this might be the opportunity for Republicans to impeach candidate Harris by posing hard questions. For example: "Senator Harris, how did you reconcile Joe Biden's opposition to school bussing with your hurt feelings  over racism?"   On the one hand, if Pence fails to propose such pointed questions, it is a lost opportunity.  On the other had, would soft spoken challenges get ignored and make the interrogator inept?

One of the major criticisms of the first Election 2020 Presidential debate was the disrespectful over-talking and insults between the participants.  There is little danger of those traits from Mike Pence.  That is not as sure of a bet with Kamala Harris.  Harris played the adult in the room for the second 2020  Democrat primary debate, which is easy to do with a crowded stage, but that may come off differently one-on-one.

It seems that the Biden/Harris campaign is banking on a visual perception to sell a major component of their campaign.  Due to COVID-19, Harris insisted that the daises be placed at a safe 12 apart.  In addition, the Democrat debater and the moderator will be surrounded by a plexiglass barrier.  This staging may draw attention to the Biden/Harris contention that the Trump Administration has been inept in handling the viral pandemic.  In marked contrast, Vice President Pence declined the see thru cage, which also may be sending a message.

For those that eat, sleep and breathe politics, the Vice Presidential debate will be of temporary great import.  But my visceral instinct is that it will have little impact, aside from confirming impressions of the candidates. In this cycle, that impression may not be a good thing.