While campaiging in Iowa,  Ex-Vice President Joe Biden (D-DE) took a hostile question from a Hawkeye voter.  The man asked Biden about setting his son Hunter Biden up for business with a Ukraine energy company  during his tenure as Vice President.  Biden responded to the allegation of selling access with indignation, calling the questioner a damned liar.
This pointed question appeared to raise Biden's hackles.  In order to prove that the 77 year old Democrat presidential candidate was in shape for the Oval Office, Biden challenged the man to a foot race,  push up contest or even an IQ test.  Later, as he sought to end the colloquy, Biden said "Look fat...listen, here's the deal." What a way to win friends and influence people, man (sic).

Biden has long cultivated a "Lunch Bucket Joe" image, and feigning a tough guy may well be meant to appeal to rough and tumble working class voters.  Remember when Biden mused that instead of debating Donald Trump, Biden would like to take his opponent in back of the gym and beat the hell out of him.  This tough guy mystique may work well against his political opponents but it looks mean and out of place at a campaign rally meant to influence Iowa voters.

Furthermore, Biden's odd obsession to physical challenges comes at the heel the video which Biden reminisced about his time as a life guard at an urban pool, when Biden was willing to fight Corn Pop and was fine about kids sitting on his lap and pulling at his leg hairs.  No wonder Biden's handlers wanted to restrict access to Biden for as long as possible during the 2020 Primaries. 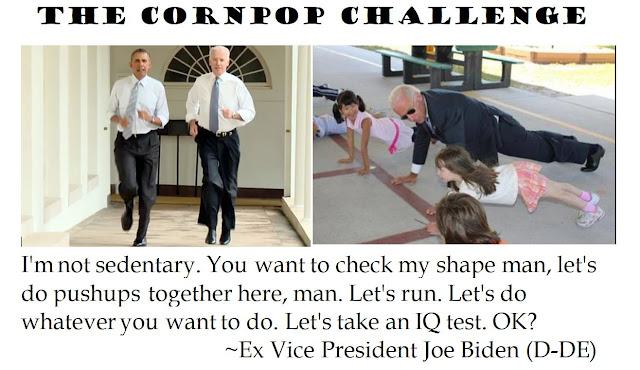 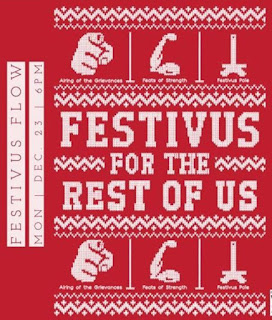 Considering his presumed prowess at physical contests, maybe Joe Biden can inaugurate the Corn Pop Challenge Invitational.   These feats of strength could be held on Festivus on December 23rd  right after the Airing of Grievances.  Maybe they could add hair sniffing.