Posted by DC Calamity at 8:44 AM No comments:

Actor Robert De Niro was the 2017 featured commencement speaker at his alma mater Brown University.  He gave a incongruous address was memorable as it seemed so contrary to the hallowed halls of education on the East Coast.


De Niro's pearl of wisdom comparing Trump's America as a "crazy dumb assed comedy" is the cherry on the cake for  what one gets now a days for a pricey Ivy League education.

De Niro was scathing about "crazy dumb assed comedies" but that seems to be the genre which he lands most of his roles lately.  At least his attire at the commencement ceremony was not as egregious as the schtick in "Dirty Grandpa" (2016).
Posted by DC Calamity at 8:00 AM No comments:

Posted by DC Calamity at 7:26 AM No comments:

Posted by DC Calamity at 8:18 AM No comments: 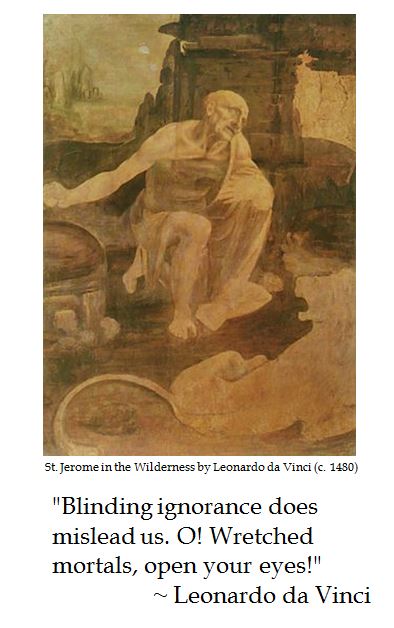 Posted by DC Calamity at 7:26 AM No comments:

The National D-Day Memorial is located in Bedford, Virginia.  This site in in the Blue Ridge Mountains in rural southwest Virginia was chosen because it was the community the suffered the most per capita D-Day losses in the nation.

There were 150,000 Allied troops that landed on the heavily fortified beaches of Normandy, including 34 troops from Bedford.  Of the 9,000 killed and wounded during the D-Day invasion, 19 of the Boys of Bedford paid the ultimate price to preserve freedom and four more died later during the Normandy campaign.

"Fifty-seven years ago, America and the nations of Europe formed a bond that has never been broken.  And all of us incurred a debt that can never be repaid. Today, as America dedicates our D-Day Memorial, we pray that our country will always be worthy of the courage that delivered us from evil and saved the free world." 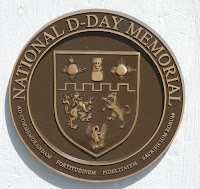 The National D-Day Memorial honors by name all 4,413 Allied soldiers who died on D-Day during Operation Overlord (the actual invasion) and Operation Neptune (transporting the troops across the English channel). But the 88 acre National D-Day Memorial does much more serve as a site for necrology. The Memorial seeks to tell the story of D-Day , from its planning, execution and aftermath.

The first Plaza is a stylized English garden  symbolizes the planning and preparations for the greatest amphibious invasion in history.  The Reynolds Garden is dedicated to the visionary industrialist who forsaw America's need for aluminum. In the late 1930s, Richard Reynolds put his fortune and reputation on the line to provide enough aluminum for the United States to build and sustain the air force that gave the Allies overwhelming air superiority for the retaking of Europe on D-Day.

The plaza is in the shape of the Supreme Headquarters Allied Expeditionary Force combat patch. Following British Prime Minister Winston Churchill's sense of history and drama, the invasion code name was Overlord, evoking crusader knights and chivalric quests, the SHAEF insignia features a crusader shield with a flaming sword of expulsion.

The Reynolds Garden is peaked by a  domed Tuscan folly with a full figured bronze of General Dwight Eisenhower standing below a canopied mosaic of the D-Day battle map. This classical revival feature recalls the architecture of Southwick House, where Ike decided to launch the invasion despite less than ideal weather. 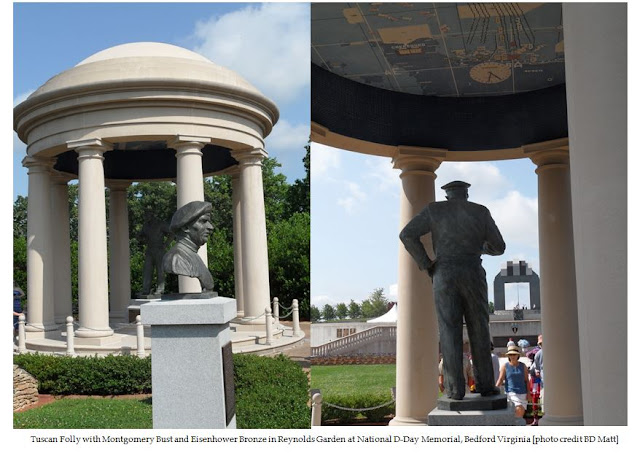 The next level is Gray Plaza is an assault tableau which depicts the landing and fighting stage of the invasion.  Across the Beach (includes an invasion pool with beach obstacles in the water, a Higgins invasion craft and sculptures of soldiers struggling to get onshore. The names of the American fallen appear on the western walls of the central plaza while the rest of the Allied losses are on the eastern wall.


There are also airplanes which represent the importance that air power had in the Allied invasion.


The upper level is the Estes Plaza which is dominated by Overlord Arch which is flanked by the twelve flags of the Allied Expeditionary Force.  The Arch stands 44 feet and six inches tall.

The planners of the National D-Day Memorial had not forgotten the horrors of war along with the valor, fidelity and sacrifice of Allied troops.  The final section of the National D-Day Memorial includes a haunting bronze of Edmond de Laheudri's Le Monument aux Morts (1921), which stood monument to those fallen in combat in the Great War (a.k.a. World War I) besides St. Aignan in Trevieres, France. Shortly after the Allied D-Day invasion, there was an intense battle around the statue during which removed the face and some of the fingers of the dough-boy Nike.

Transformed by battle, Le Monument aux Morts stands in Trevieres and at the National D-Day memorial as a haunting testament to the destructiveness of war, the fleeting fruits of victory and the fragility of peace.

The National D-Day Memorial's attempt to tell a broader story about the Second World War caused some controversy.  As the Reynolds Garden is circled by the military leaders of D-Day, the planners wanted to include a garden which depicted political leaders after D-Day who ensured the peace after World War II. The circle included President Franklin Roosevelt (who died shortly before V-E Day), British Prime Minister Winston Churchill (who was ousted from office shortly after victory over Germany), President Harry Truman, Prime Minister Clement Attlee, French leader Charles De Gaulle and Soviet Premier Joseph Stalin. 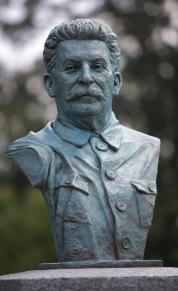 The latter bust went over like a lead zepplin with veterans' groups  as Stalin had no involvement with the Allies in the Western front and arguably triggered the Cold War with forceful imposition of communism in most places where the Red Army occupied.  While the National D-Day Memorial board still believed that war makes strange bedfellows and wanted to depict that within the site, they bowed to public pressure and relocated the Stalin bust.  Perhaps when the interpretation center is completed with a monument to post World War II Secretary of State George Marshall, there will be a fuller picture of the interpreted history.  For now, Stalin is not in "The Winner's Circle".  However, based upon the horrors depicted in the transformed Le Monument aux Morts, it is questionable if anyone is truly a winner in the aftermath of war.


[This piece originally was published at DCBarroco.US]

Posted by DC Calamity at 5:26 AM No comments:

Posted by DC Calamity at 3:19 PM No comments:

London Mayor on Life in the Big City

On A CNN Anchor's Brains

Posted by DC Calamity at 9:34 AM No comments:

Posted by DC Calamity at 9:10 AM No comments:

Posted by DC Calamity at 9:55 AM No comments: