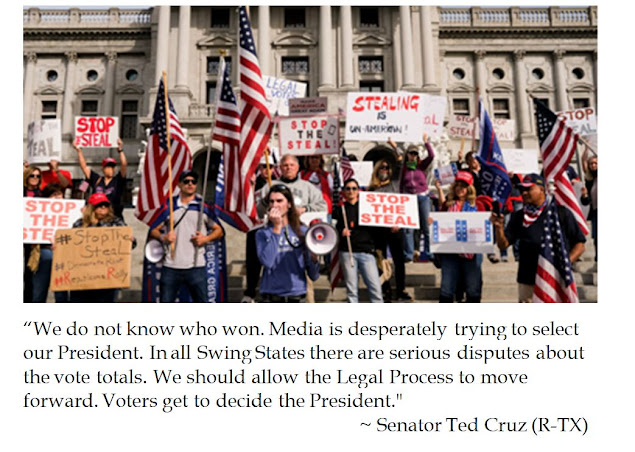 Posted by DC Calamity at 4:43 PM No comments: 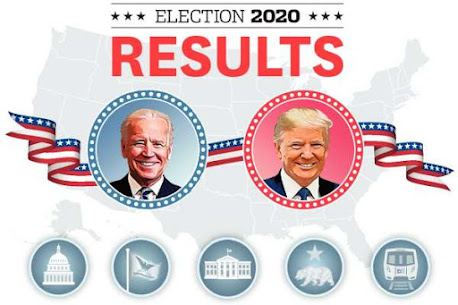 As a political junkie, I have jested with friends and family that Presidential Elections are kind of a Superbowl for me.  Usually, the sturm und drang of a political campaign ends on election day.  In rare occasions, not so much.  Election 2000 stretched out through Thanksgiving that year due to the Florida recount.

So when my beloved asked me how long would it be until we know who will be President next year, she was shocked when I suggested that it might be until January 4th.  What a fitting way to close out the annus horribilis of 2020.  I think that the field has been prepped for overtime in Political Fantasy Football resulting in a contested election scenario.

If Trump carries North Carolina, Georgia, Pennsylvania (battleground states where he is leading) and Arizona then Trump would win 274 votes and be re-elected.  Notwithstanding an outright victory, the Trump campaign has vowed to litigate against many instances of alleged voting irregularities, canvassing violations and potential fraudulent ballots for unvetted late mail in votes. Trump’s legal team has vowed to fight these violations, possibly even petitioning the US Supreme Court.

This has the potential to impact results in key battleground states like Michigan, Wisconsin, Pennsylvania and Arizona.   If there are substantial cases, this may take time to litigate, which may delay or sway the official reporting of results.   Regardless of judicial outcome, if these violations are compelling, they may sway the process.

To refresh our civics knowledge, we do NOT live in a democracy but a Republic.  So when one casts a vote on election day for President, you are actually not voting for a Presidential candidate per se, you are voting for a slate of electors who then votes for the winning candidate in each state in the Electoral College, the ultimate party school. That’s how it normally works.  But technically, according to Article II Section 1 Clause 2 of the US Constitution, the power to name electors lies with state legislatures. 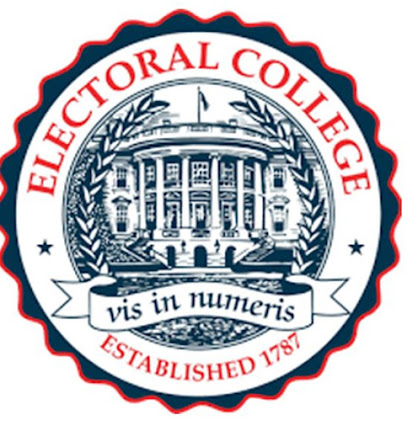 Note well, this is a state legislature’s responsibility under federalism, which does not include input from a state Governor.  It is important to note that several battleground states with alleged voting irregularities, like Michigan, Wisconsin and Pennsylvania, have Republican majorities in their legislatures, despite having liberal Democrat Governors.

It would be extraordinary, but not inconceivable, that Republican Legislatures may be convicted that voting irregularities which do not follow their legislation and would have be addressed when naming Electors for the Electoral College.  Obviously, Democrats would object to having their win overturned, so more than likely an alternative slate of Electors would attempt to be presented to the Electoral College.  And political mayhem ensues.

Presuming that the Constitution is followed, the legislature endorsed delegates would participate in the Electoral College vote on December 14th and that result would be sent to the US Senate.

Normally, this is a pro forma vote and there is polite applause for whoever won the Election.  But in this scenario, Senators would challenge state slates of Electors.  This should be determined by a majority vote, with a tie being decided by the sitting Vice President (who is in office until January 20th).  If slates are thrown out and neither candidate gets a majority of Electors, then the contested election moves to the House of Representatives.

Even though Democrats have maintained their majority in the House, voting in a contested election is done by Representatives en banc via state.  Republicans have a 26 to 24 state majority in Congress, thus it would point to re-election of President Trump.  If there is not a majority of state delegations electing a President or Vice President by January 20th, then the Rep. Nancy Pelosi (D-CA 11th) or whoever is Speaker of the House at that time,  Acting President until the succession is determined.

Historically, there have been a few contested elections. In 2000, the Florida recount was settled by a Supreme Court decision in favor of George W. Bush. 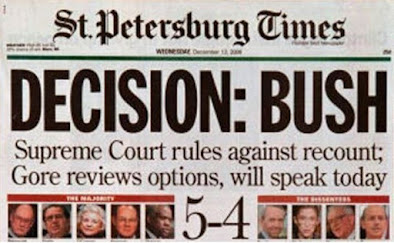 While the 1960 Presidential election was not formally disputed, the popular vote was only decided by 0.14% in favor of John Kennedy.  It is said that if 10,000 votes switched in four states, Richard Nixon would have become President in 1961. There were allegations of shenanigans in Texas and Illinois.  Moreover, there were 14 unpledged delegates in Mississippi and Alabama cast for Harry F. Byrd.  But Nixon did not want to divide the country so he did not fight. The 1876 Presidential Election was a quintessential case of a contested election.  Democrat Samuel Tilden won the Popular Vote but there were difficulties in the  Electoral College.  One of Oregon’s Electors was deemed ineligible as he was an elected official.  But Florida, South Carolina and Louisiana had competing Electors as each party sent slates, amounting to 19 more unresolved Electors.   To resolve this matter, Congress adopted an informal agreement known as the Compromise of 1877 which gave all 20 unresolved electoral votes to Republican Rutherford B. Hayes, thereby making him President.  In exchange, the federal government under Hayes withdrew Reconstruction troops that had been propping up carpet bagging state governments in Florida, South Carolina and Louisiana. 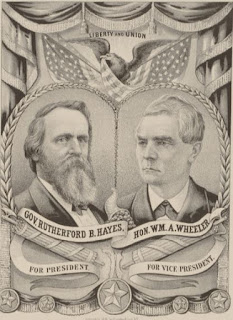 Prior to the 2020 Elections, Democrats ran an election war game of a close election.  In this simulation Democrat activist John Podesta refused to concede and extracted political promises by threatening that West Coast states, such as California, Oregon and Washington would leave the Union unless they got their way.   This obstinate political modus operandi seems to echo the extracted promises from the Compromise of 1877.

A hypothetical overtime in political football seems pretty theoretical but strange things have happened in 2020. We may be suffering from the Chinese curse of “May you live in interesting times”, even without  Joe Biden assuming the Oval Office.

Posted by DC Calamity at 7:25 PM No comments: