President Trump on Being in Vietnam

Posted by DC Calamity at 8:53 AM No comments:

How Hannity Was Hanoi-ed (sic) at VietNam Summit

Fox News political commentator Sean Hannity traveled halfway around the globe to cover President Trump's second meeting with North Korean leader Kim Jong Un for the VietNam Summit.  But had Hannity not improvised, he would not have made it to his live spot on time.

Hannity found himself stuck in Hanoi traffic on the way to the studio for his US prime time show.  To avoid being an on camera no show, Hannity hopped aboard a scooter to make it to the set on time.

Thomas Sowell on Our Era 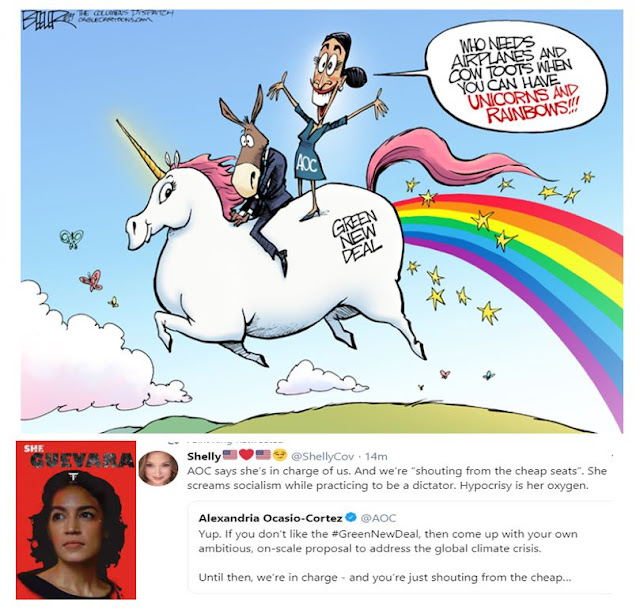 Thanks for Nothing AOC!

The Job Creators Network reacted to Community Activist turned freshman Representative Alexandria Ocasio Cortez's (D-NY-14th) celebration of chasing away Amazon from expanding its HQ2 to Long Island City (Queens), New York by erecting a pointed message at Times Square. The message offers some economic analysis for the loss of the business opportunity and sarcastically suggests: "Thanks for Nothing" AOC.

Donald Trump on the Boy Who Cried MAGA

The Chicago Police Department attributed actor Jussie Smollett's motive for staging a hoax hate crime in Streeterville, Chicago during on polar blast on January 29th as an attempt to garner a higher salary on the Fox TV series "Empire".

Perhaps, but how does that square with Jussie Smollett's emotional softball interview with Robin Roberts on Good Morning America.


To that end, Smollett opined that the reason why he was attacked was because he comes at the Trump Administration "really, really hard".  Smollett has been quite visible in his political activism.  And enquiring minds want to know if there were connections (or just political opportunism) between the Smollett drama and Democrat Presidential hopeful Senator Kamala Harris (D-CA) offering anti-lynching legislation.
Posted by DC Calamity at 10:31 AM No comments:

Posted by DC Calamity at 8:51 AM No comments: