The Jack-O'-Lantern is a Halloween tradition associated with the strange flickering lights over peat bogs thought to made by will-the-wisps or Jack-O'-Lanterns. To emulate this flickering light, the flesh of a pumpkin is scooped out and an image, which is usually comical or grotesque, is carved out on the gourd.

Pumpkin carving can be traced to the mid-nineteenth century in American and the British Isles. But today, pumpkin carving is not confined to crudely hewn scary faces for Halloween. This allows folk artists with stencils to create all sorts of scary countenances and images from the political pumpkin patch. While most of these carvings depict faces, some renditions are more conceptual. 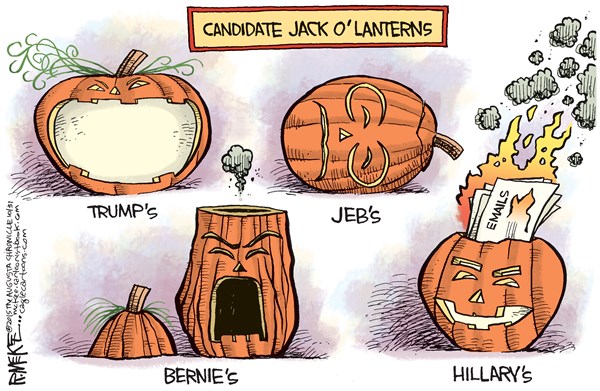 The President is often a subject for pumpkin portraits. 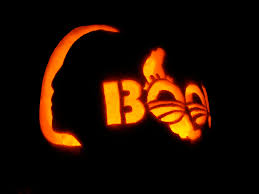 But a lame duck President like Barack Obama just may not be scary anymore. Or more likely, we have to live the nightmare not vex over it. 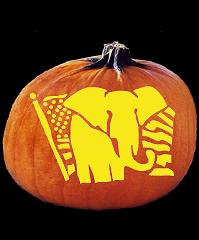 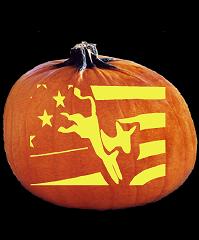 Partisans may create Jack-O'-Lanterns to depict their favored party in a positive light.


Top contenders from the Presidential nomination often get the pumpkin carving treatment.  Former First Lady/Senator/Secretary of State Hillary Rodham Clinton (D-AR NY)  seems to be a favorite to depict for both supporters and detractors. 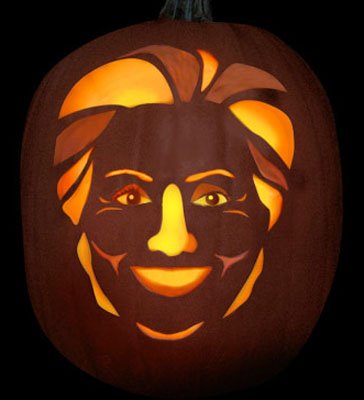 Socialist Senator Bernie Sanders (I-VT), the other leading contender in the Democrat primaries, also had many depictions in pumpkins. 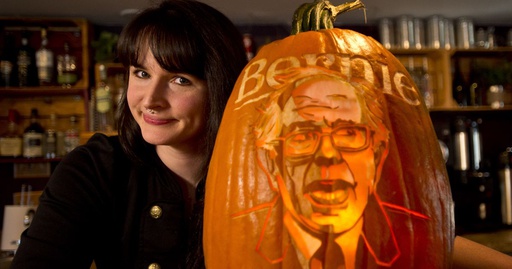 It took twelve hours for that folk artist to carve the pumpkin homage to Sanders. Many progressive Jack-O'-Lanterns may also  "Feel the Bern".

There was a curious quirk among Republican pumpkin carvings.  Logic would lead one to believe that the most popular candidates would be more likely to be popular carvings.  But it there is nary a carving to be found of current frontrunner Dr. Ben Carson.

Could this be because the Seventh Day Adventist Church frowns on Halloween for occult associations?  Not very likely.  A more reasonable explanation is that Jack-O'-Lanterns traditionally depict comical or monstrous images.  Opponents may disagree with Dr. Carson but his characteristic soft spoken and thoughtful delivery makes it difficult to demonize.

On the other hand, there were plenty of Jack-O'-Lantern depictions of  strong second place challenger for the Republican Presidential nomination--Donald Trump. 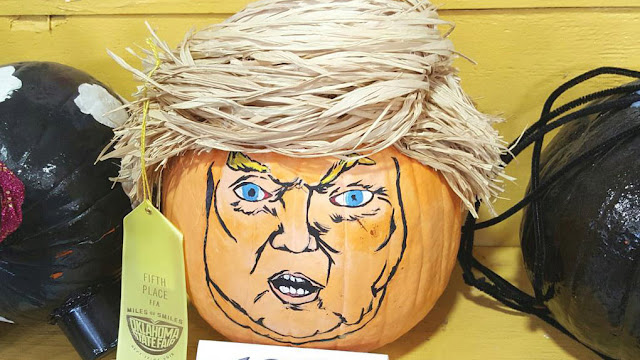 While this rendition of "The Donald" was colorful and employed multi-media, it only merited fifth place in the Oklahoma State Fair.  It would be a huuuuuge mistake to associate "The Donald" with anything but the best.  So a more traditional pumpkin carving is in order. 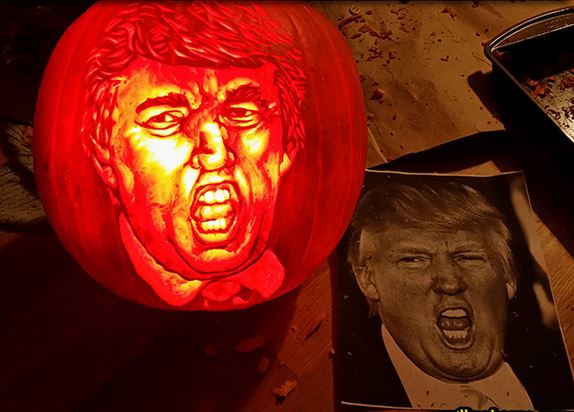 Although I suspect that stencils may be out there, it was hard to find carvings for Gov, Jeb! Bush (R-FL) or Senator Marco Rubio (R-FL). And the carving for Senator Ted Cruz (R-TX) paled in comparison to his eminence during the GOP CNBC Debate. 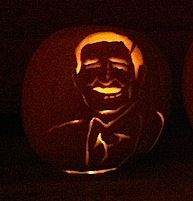 By this time next year, as we will be in the culmination of the Election 2016 campaign cycle, there this little doubt that there will be many more adorned gourds in the political pumpkin patch 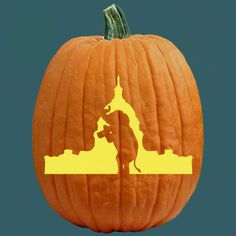 As Rep. Paul Ryan (R-WI 1st) has become speaker of the House, there was no need for the Boehner-O'-Lantern 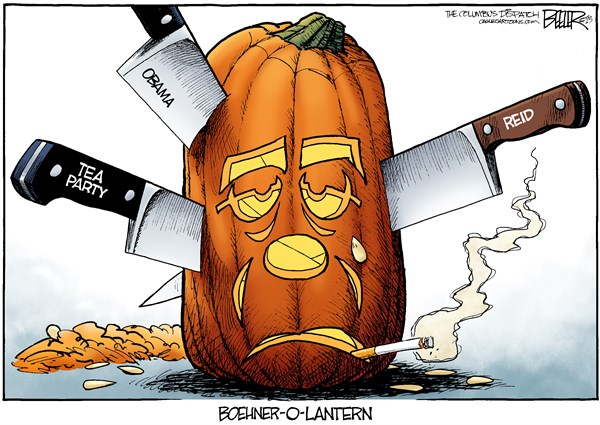 Too many knives seemed to have spoiled the Jack-O'-Lantern.
Posted by DC Calamity at 10:21 AM No comments: